With a couple of days downtime in Saigon before catching the train north to Hué it was time to venture out into the city and soak up some of the culture and sights that this famous city had to offer.

First up we decided to walk across town dodging the many mopeds and bikes to the ancient Jade Emperor’s Pagoda – dedicated funnily enough to – The Emperor of Jade himself also known as a supreme Taoist god. The Emperor’s Pagoda however was not an easy goal to find (even for an emperor I fear). Navigationally challenged several times and walking around the same block for what seemed like an eternity we finally found the unassuming little temple tucked down a nondescript and scruffy side street.

Built in 1909 by the Cantonese (Quang Dong) Congregation, the Jade Emperor Pagoda is supposedly a real gem among Chinese temples. At first sight from the outside though the temple was, to be fair, a bit of a disappointment but its real treasures are tucked away deep inside the dark maze of rooms and corridors behind the facade. 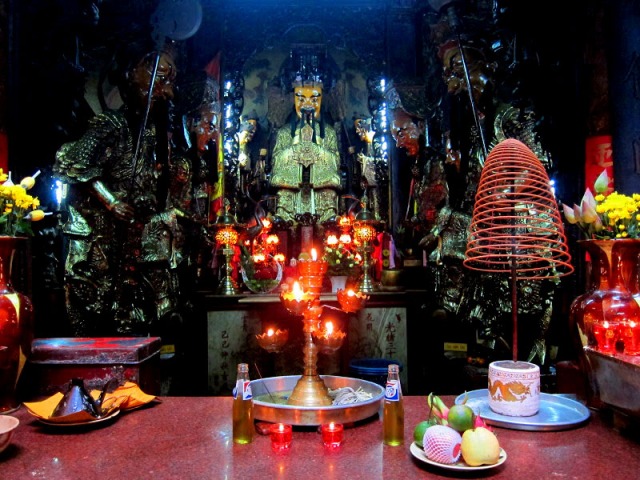 Upon some further investigation and from behind the murky smokescreen created by the many pungent joss-sticks did indeed lay a mysterious and old building packed full of symbolism, mysticism, phantasmal divinities and grotesque heroes. Inside many exquisite woodcarvings decorated the dark interior with scary gilded Chinese characters of old and strange life-size sculptures. With monks chanting and the faithful congregation burning all kinds of paper prayer goodies it was a very cool and atmospheric place to hang around for an hour or so slap bang in the middle of a frantic and noisy Saigon. 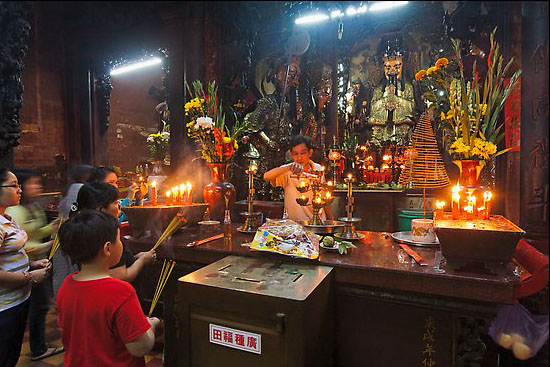 We stayed and soaked it all up before venturing back outside opting to leave the relative peace and calm of the temple and head back out into the noisy, dirty and polluted chaos of the streets outside. 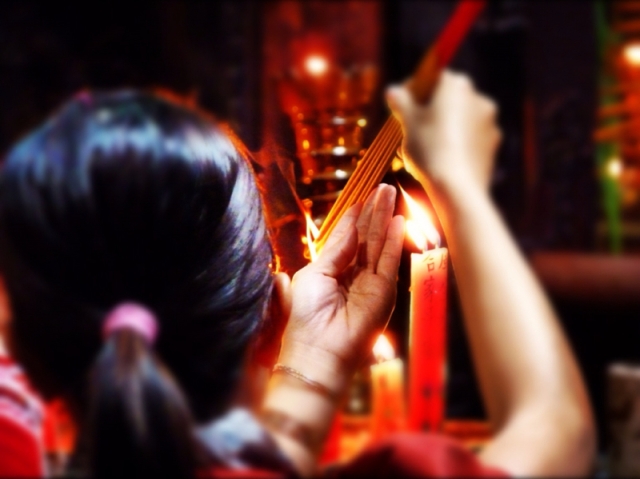 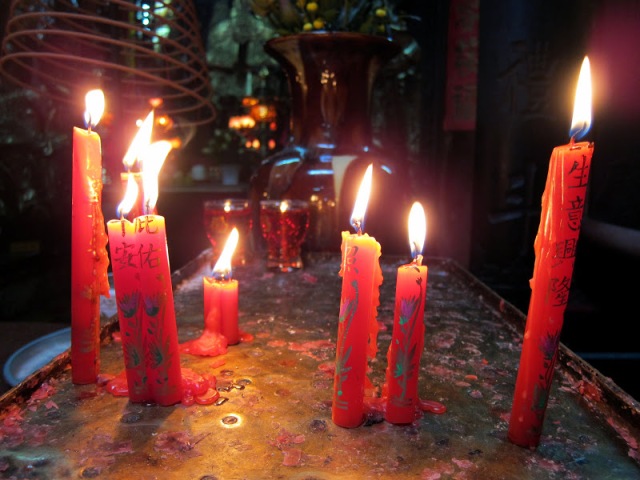 Leaving the Pagoda we headed back toward the city centre aiming for the Saigon Botanical Gardens which were a bit of a let down too being basically just a crumbling derelict place, uncared for and neglected in this new post pro-communist era Vietnam. 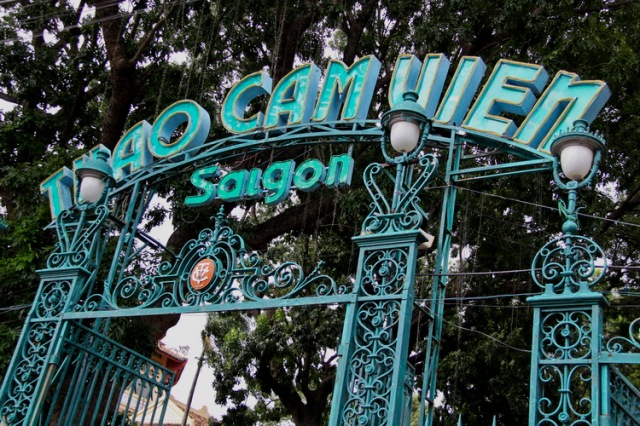 The zoo inside the grounds housed a sorrowful looking collection of wild beasts that I just longed to be able to let loose and escape, but alas reality couldn’t let that happen so I spent as little time as possible looking at the poor fed-up beasts stuck for eternity in their decaying, decrepit and rusting home. Lack of photos here reflect my feelings towards all Zoo’s in general.

Instead (and to cure our general downbeat feel after the zoo) we walked south towards the Saigon River and to our relief found a pleasant little bar selling various imported and local beers together with cocktails.

Here we happily sat and watched the daily to and fro on the river below from the fine vantage point of our table before  returning eventually to our hotel walking back up and along the famous Rue Catinat (now Dong Khoi Street), the main thoroughfare of old French colonial Saigon.

We enjoyed our leisurely day for all it was worth because tomorrow we were going to be re-educated, we were going to visit The Reunification Palace and The War Remnants Museum!….read all about our indoctrination in the next blog!