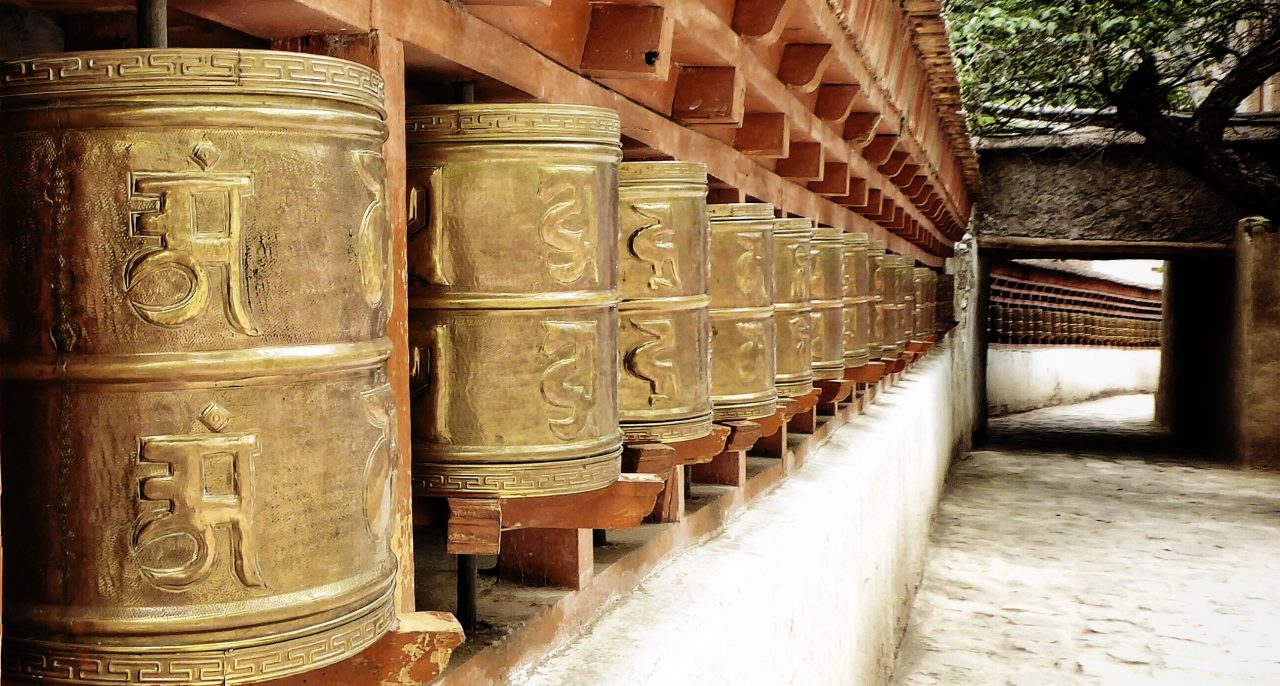 Day 5 would be a great day of easy short walking! The scenery was beautiful and now we were able to get into our stride by using the fast-going military roads on this part of the route to our advantage. We would follow the valley to Bridge of Orchy, a small village for our overnight stop. As we walked up the valley we passed under the slopes of Beinn Odhar with the distinctive and shapely cone of Beinn Dòrain directly ahead of us.

Striding up the glen you really felt like you were in the true Highlands for the first time. My eyes were constantly drawn towards Beinn Dòrain.

The Beinn is one of the most famous and distinctive Munro’s and the thought was already buzzing around inside my head that should we reach the Bridge at Orchy in good time and the weather held there might be a slim chance that I could make an attempt to scale it!

We reached the Bridge of Orchy Hotel in record time so the climb was on! I sat outside the rather lovely hotel and had a much needed sugar hit scoffing down a fruit scone with some cream and jam washed down with a full fat Coke for good measure. My wife decided sensibly to sit this one out and enjoy afternoon tea with her feet up. But for me the challenge was on and just too irresistible an opportunity to pass up on.

I stripped my rucksack down to essentials and set of retracing my steps under the Orchy station railway bridge and back onto the lower slopes of the glen opposite the hotel. With unseasonable sun on my back I started my ascent of the Beinn.

Beinn Dòrain is one of the most instantly recognisable Munros in the southern Highlands, a huge conical peak that dominates the A82 when driving or walking north from Tyndrum. Its ascent could easily be combined with neighbouring Beinn an Dòthaidh which has a fine outlook over Rannoch Moor but I was time-crunched and had already hiked 7 miles from Tyndrum so it would be just the one summit today.

The mountain was famously celebrated in the poem Moladh Beinn Dobhrainn (In Praise of Beinn Dòrain) by the eighteenth century Gaelic poet Duncan Ban MacIntyre and when you start to stride up the hill you can clearly see why. The scenery is spectacular.

The ascent turned out to be a wonderful jaunt following first close by the sides of Allt an Dòthaidh before gradually turning into a pleasant climb up into the grassy bowl of Coire an Dòthaidh all the time surrounded by wide slopes dotted with crags. The climb out of the corrie involved a steep section of path which was badly eroded up to an upper coire before the final climb up to the bealach at 744m.

Upon reaching the windy bealach I turned south to cross over a grassy plateau before climbing onto a better defined ridge. There were then a series of false summits and cairns leading to false hope before I reached the true summit at 1076 metres. From my lofty perch the views rewarded to me were sublime.

However, with clouds beginning to appear it was time to retrace my steps back down the mountainside to the valley. I rocked up at the hotel bar at Orchy some two and a half hours later and ordered myself a well earnt ice cold pint. The day had been a winner with a nice easy walk along The Way followed by the wonderful and unexpected bonus of a Munro bagged in the afternoon. I was really beginning to enjoy our adventure in Scotland.